Wow, talk about highly-anticipated releases! This sounds like it will be among the releases of 2015. Here is a media release that just landed in my inbox… 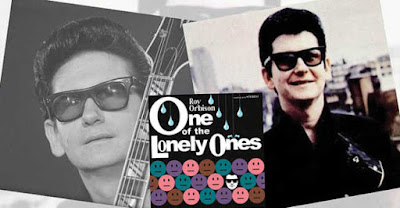 ‘One of the Lonely Ones’, a previously unreleased album from 1969, will go on sale on December 4

Roy Orbison, the legendary rockabilly singer whose life was marked by tragedy, has a new album coming out nearly 30 years after his death.
Orbison was best known for the 1964 hit Oh, Pretty Woman, but worked prolifically on music as he coped with deaths in his family.
Orbison’s estate announced Monday that One of the Lonely Ones, a previously unreleased album from 1969, will go on sale on December 4, 2015. The album was thought to be lost, but was found by Orbison’s sons and restored by sound engineers. Orbison recorded the album months after two of his sons died in a fire at his home in Tennessee while he was touring England.
His wife Claudette — whom he had married, divorced and remarried — had died in 1966 in a motorcycle accident involving Orbison.
Much of the unreleased album deals with the trauma, including the title track, in which he sings, “I’d rather be dead and done/Than to be what I’ve become/One of the lonely ones.”
Orbison’s estate is also releasing on December 4, 2015, a box set of 13 CDs, or 14 records, of the singer-guitarist’s work on MGM Records.
Orbison had signed to MGM in 1965, when he was seen as a great hope for American artists faced with the British Invasion led by The Beatles.
He recorded frenetically for MGM, putting out 11 studio albums between 1965 and 1973 as well as a soundtrack for The Fastest Guitar Alive, a movie in which Orbison starred.
The MGM Years box set features restored editions of the previously released but out-of-print albums as well as singles and B-sides.
READ THE FULL STORE HERE!