In her new book, The Next Elvis, Sims gives a detailed narrative of her three years spent in promotions and publicity at SUN and all of the characters, including Roy Orbison, that she met along the way.

This soft cotton blend t-shirt features a cool new design from the folks at Sun Records. 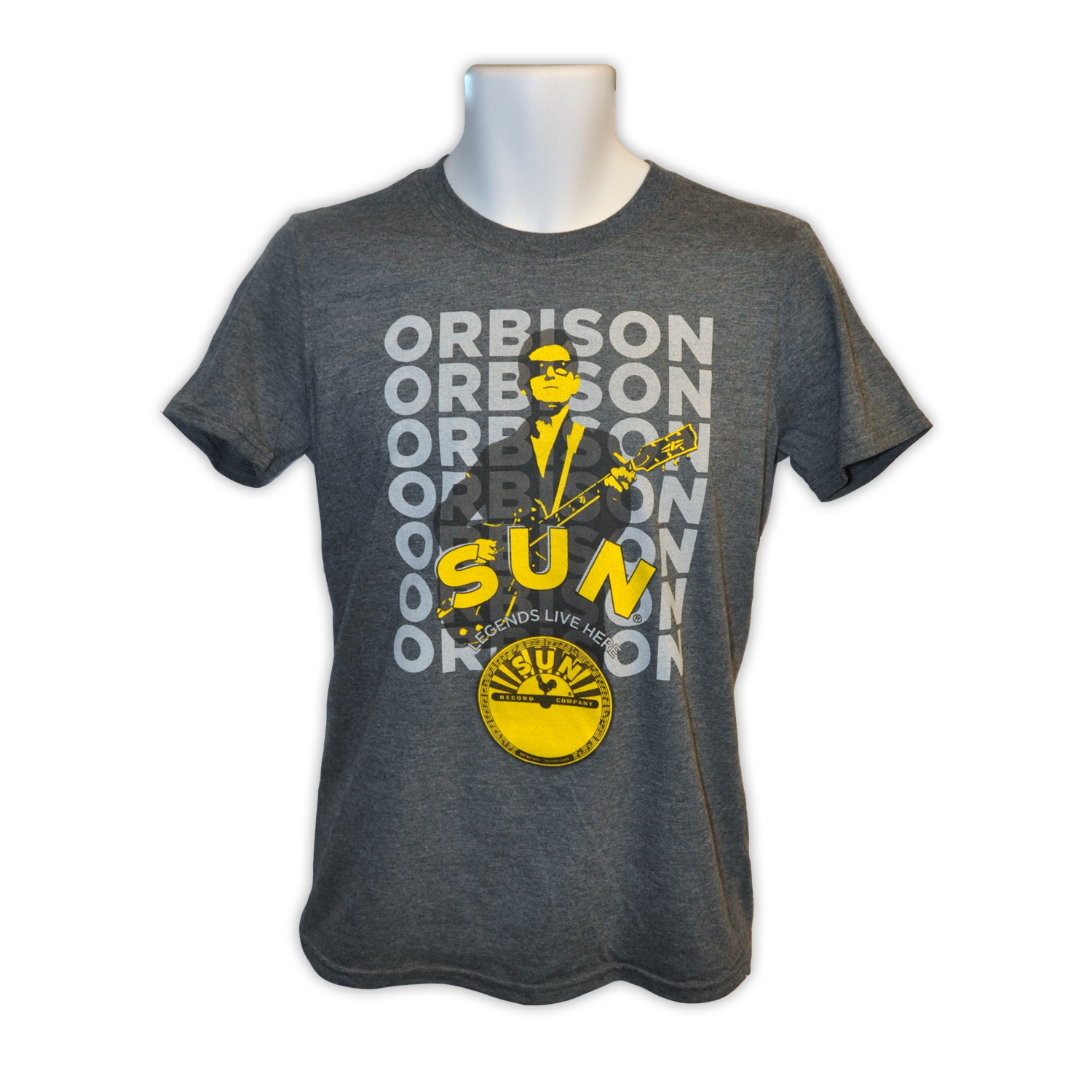 Roy Orbison and Johnny Cash were best friends. At Sun Records, the two made a deal where they each had to do the other guy’s worst song. Orbison’s song “You Tell Me” was done by Cash. Johnny’s song for Roy was a kind of comedy poem called “Little Wooly Booger.” Roy sped it up, helped Johnny with the lyrics and it became “YOU’RE MY BABY!”