Movie Music 2015: One guy’s favorite soundtracks and scores from ‘The Hateful Eight’ to ‘Dope’

On this day in 1966 Roy Orbison was in the studio recording songs for the #MGMYears Fastest Guitar Alive soundtrack!  He recorded “BEST FRIEND” and wrapped things up for the year with “HEADING SOUTH.”

“THERE WON’T BE MANY COMING HOME” by Roy Orbison

from The Fastest Guitar Alive Soundtrack, one of the 13 albums in the #MGMYears Box Set. “THERE WON’T BE MANY COMING HOME” is to be featured on the soundtrack of the new Quentin Tarantino film, The Hateful Eight!

This film was supposed to be the first of several starring roles for Roy according to his contract with MGM, but alas this is only movie that was made during the #MGMYears.

Check out this reproduction of The Fastest Guitar Alive movie poster in The Official Roy Orbison Store! 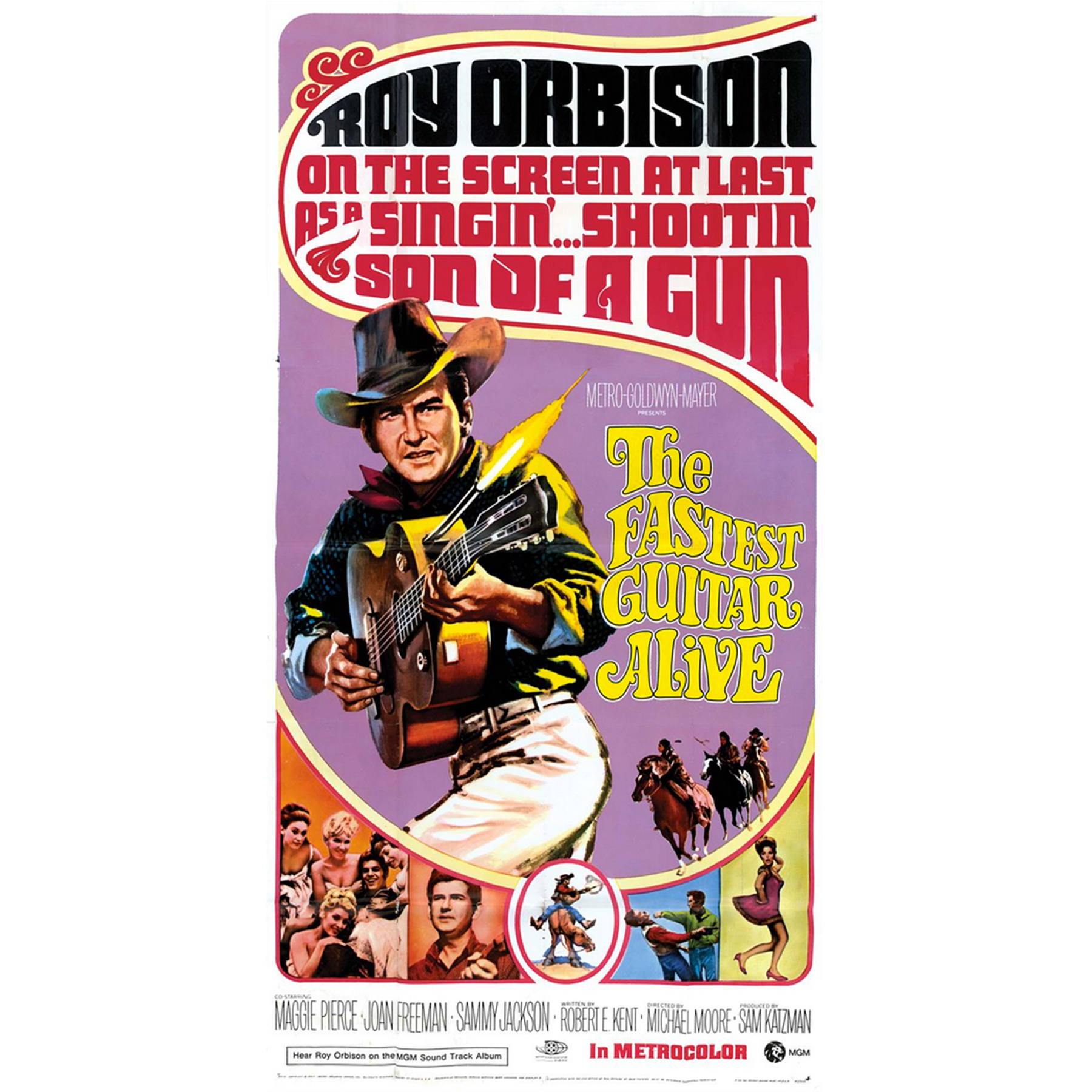 The UK counterpart to MGM during Roy Orbison’s #MGMYears was London-Decca.  Here is a photo of the 7″ single from London Records for “Cry Softly Lonely One” and “Pistolero.” These two could be considered a funny pairing, as they appeared on different albums- CRY SOFTLY LONELY ONE & THE FASTEST GUITAR ALIVE SOUNDTRACK.