November 30, 2022 by royorbison in Official News 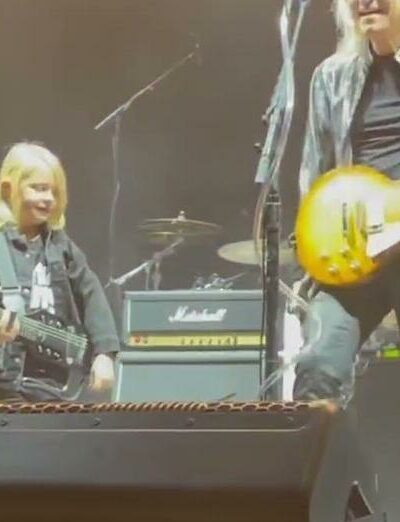 Roy 3 played Walsh’s “Rocky Mountain Way” with his godfather on vocals and lead guitar, Dave Grohl on drums, Nathan East on bass, and “The Breeders” as backup singers.

This video features backstage footage, footage from rehearsal and soundcheck and the actual performance from beginning to end, with Roy 3 walking out on stage after 3 minutes.