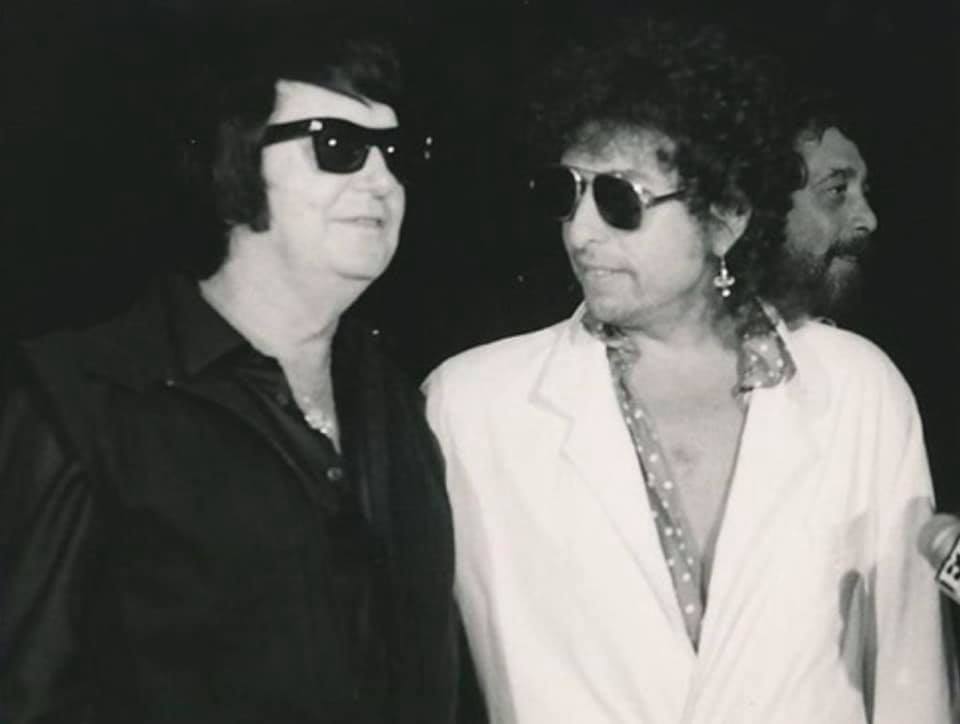 ”I was always fishing for something on the radio. Just like trains and bells, it was part of the soundtrack of my life. I moved the dial up and down and Roy Orbison’s voice came blasting out of the small speakers. His new song, “Running Scared,” exploded into the room. Orbison, though, transcended all the genres – folk, country, rock and roll or just about anything. His stuff mixed all the styles and some that hadn’t even been invented yet. He could sound mean and nasty on one line and then sing in a falsetto voice like Frankie Valli in the next. With Roy, you didn’t know if you were listening to mariachi or opera. He kept you on your toes. With him, it was all about fat and blood. He sounded like he was singing from an Olympian mountaintop.” – Bob Dylan