Mike Ragogna of The Huffington Post digs deep with Alex Orbison to find out why he selected these songs for the Ultimate Collection! 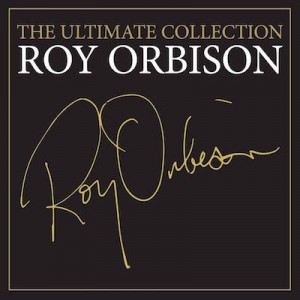 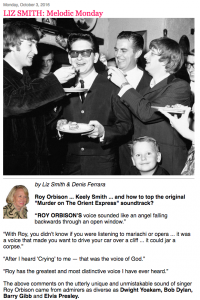 READ MORE and find out who they suggest to play Roy! 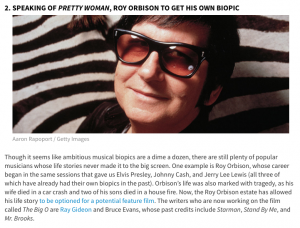 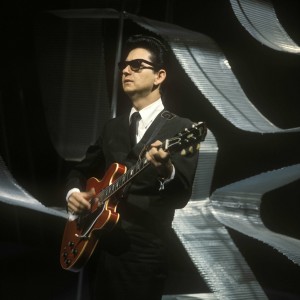 The life story of the legendary Roy Orbison whose career and personal narrative were fraught with struggle, setbacks, triumph and tragedy is the subject of The Big O: Roy Orbison, now getting underway.  The Big O: Roy Orbison is the first Orbison Estate authorized dramatic musical biopic; the film is being produced by Marty Katz (The Great Raid, The Four Feathers, Reindeer Games, Titanic, Lost in America), Alex Orbison and Roy Orbison Jr. with Wesley Orbison serving as Executive Producer along with Chuck Fleckenstein and Ron Moore.  Alex, Roy Jr. and Wesley are the late icon’s surviving children whose Roy’s Boys LLC has overseen their father’s legacy in the years following the 2011 death of Barbara Orbison, the star’s widow and mother of Roy Jr. and Alex.

Ray Gideon and Bruce Evans are teaming to write the screenplay based on the story by Alex and Roy Orbison Jr.  Among a long list of credits, Gideon and Evans were responsible for writing the scripts for Stand By Me, Starman and Mr. Brooks, the latter title also directed by Evans. They are represented by David Styne’s Wicked Curve with Harold Brown of Gang, Tyre, Raymer & Brown handling legal representation.

Upon revealing the project, expected for a 2018 release, Alex Orbison commented, “Our father’s life story has an undeniably cinematic quality to it. We feel that the telling of it is in extraordinarily capable hands with Bruce and Ray and the overall team will bring The Big O finally to the screen.”

Roy Orbison was born in Vernon, TX in 1936, with his the family moving to Wink, TX where the teenage Orbison pursued music, playing guitar and singing rockabilly and country. He first made his mark on the national music scene in 1956 with “Ooby Dooby,” released by Sun Records where Elvis Presley, Johnny Cash, Jerry Lee Lewis, Carl Perkins and Charlie Rich were his label mates. His breakthrough came with his string of hits for Monument, starting in the early ‘60s.

Touring constantly in both in the US and abroad, he headlined over the Beatles in the UK.  Top 10 hits of the era included “Crying,” “Only The Lonely,” “In Dreams,” “Dream Baby,” the number one single “Running Scared” and the massive international chart topper, “Oh, Pretty Woman.” The mid ‘60s was an emotionally turbulent time when his wife Claudette died in a motorcycle accident and his sons Roy DeWayne Orbison and Anthony King Orbison perished in a house fire.  At the end of the decade he met and married German-born Barbara Anne Marie Wellhöner Jakobs, mother of Roy Jr. and Alex.

He was part of the Traveling Wilburys, along with Bob Dylan, Tom Petty, Jeff Lynne and George Harrison, whose debut album went triple platinum. He spent much of 1988 working on his solo comeback studio album Mystery Girl, produced by Lynne.  But before the album’s release he died unexpectedly from a heart attack at the age of 52, not present to witness the tremendous success of “You’ve Got It,” his first Top 10 single in 25 years.

Alex Orbison, pondering his father’s life, soon to be the subject of this dramatic film mused, “My dad’s story is a fantastic journey. He was so inspiring as a person because, after everything had been through, good and bad, he still had a positive outlook on life and was kind and wonderful. This movie will mirror a Roy Orbison song: having triumph and tragedy, sometimes losing the girl and sometimes getting the girl, and ending on a high note.”